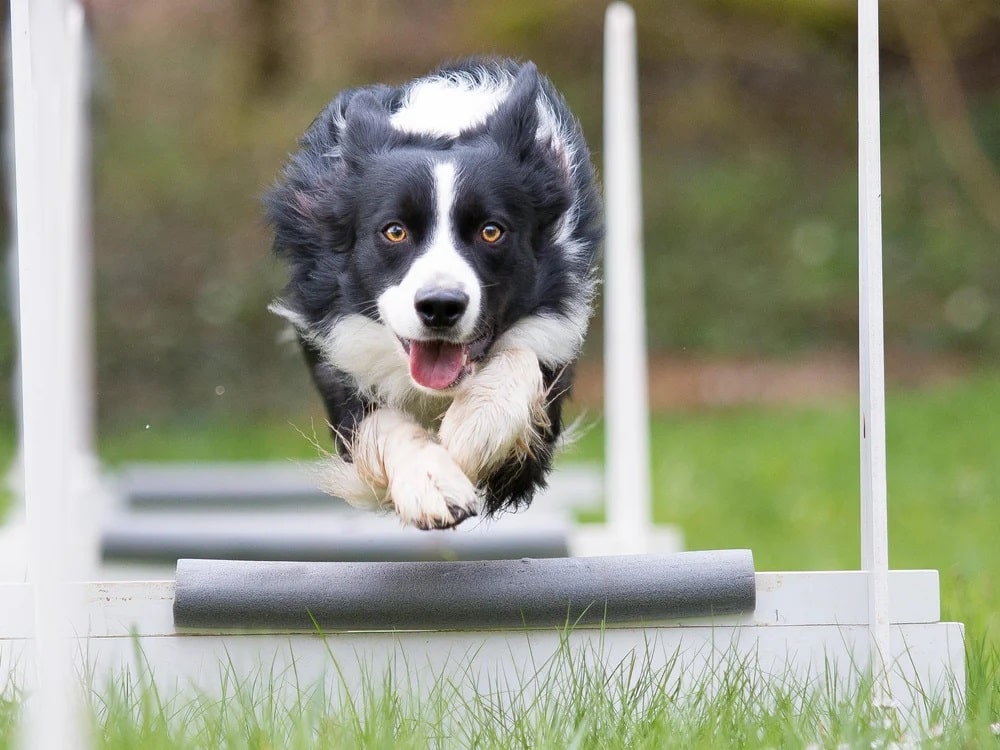 Invented in the late 1960s and early 1970s in Southern California, flyball is essentially drag racing with more barking, or a canine version of an Olympic 4×100 relay race. Teams of four dogs race through four hurdles, retrieve a tennis ball and race back, usually in 15-20 seconds. The human element involves clever themed wordplay for clubs and teams (some large teams run multiple teams – for example, the children’s picture book-themed club Go Dog Go may run a team called If You Give a Dog a Cookie.)

The CanAm Classic is the Super Bowl of this corner of the dog sports realm, attracting a host of the best teams from across the US and Canada, though like NASCAR’s Daytona 500, the biggest event of the year is also the first, as the 2021 CanAm Classic kicks off the 2022 flyball season.

Here’s an overview of the basics if you’d like to learn more. Border Collies excel, though it is open for all breeds from Dachshunds to Great Danes, and mixed breeds are allowed to compete as well. Due to the split-second nature of these relay passes, injuries have been known to occur at times.

Live-streaming coverage of the action will be available on AKC.tv, the American Kennel Club’s free streaming app, and an edited two-hour special recapping the event will air on ESPN2 at a later point this year to be determined.

For more information about how to get involved in this dog sport, see the NAFA website for more details.

Nothing's more special than the love of a dog
B.L. Ochman

A History of Dogs

FROM THE STONE AGE TO THE SPACE AGE What is clear and definitive is that...
Christopher Lawrence

Dog Rescued In The Middle of the Atlantic Ocean